Performances by the theatre of corruption

On 14th March, following the Premiere of Corruption the Musical, there will be an Open Mike! Co-hosted by the editor of the Newspaper Ny Tid. The open mike will be after the performance. It would be an open debate…without “boring talking heads and pannelists”. We will hear personal stories of corruption. Everybody will receive the latest Ny Tid hot off the press! 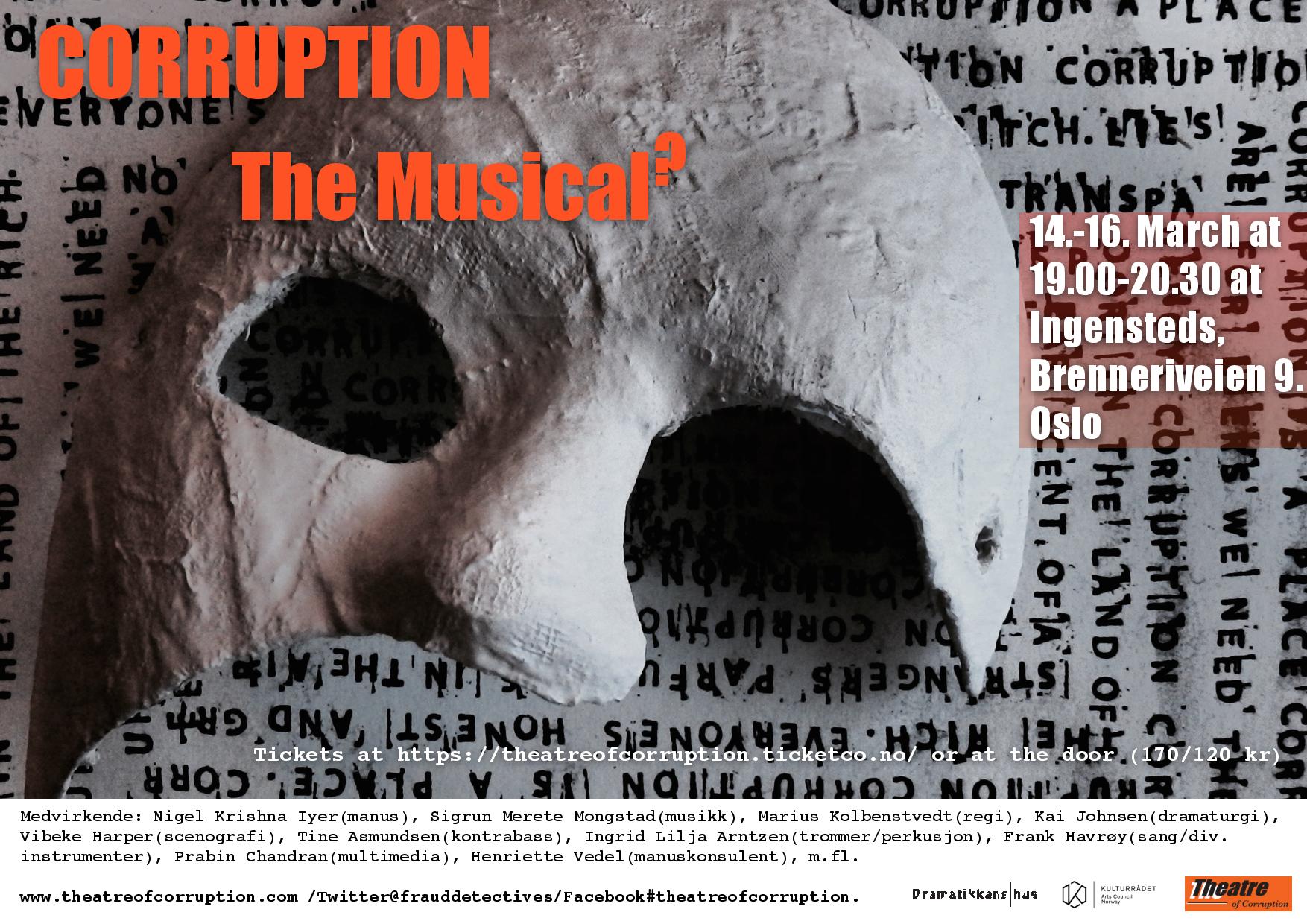 At the start of Corruption the Musical our detective is frustrated. He has seen a lot over the past 25 years and everything he finds ends up in someone´s drawer, gathering dust. Whatever he finds changes nothing. Then the detective stumbles across a case which, for him, has a cocktail of everything. A great detective and writer from the turn of the last century, a lavish musical, the scenographer who hated money but was proud of her secret roots to one of our 4 great national writers, money salted away in the Cayman islands and other dirty money centers, and the fighting over this money that started after she suddenly died. 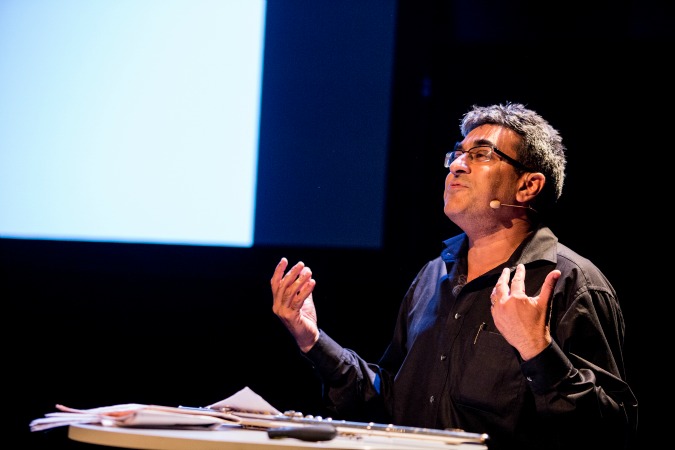 1. It’s not a remote possibility. It happens all the time right under your nose. Corruption and Fraud is a certainty…like death
Cheating, lying, stealing fraud, corruption, diverting money to where it is not really supposed to go, “ripping each other off”: These are things which go on all the time…in all societies. Let’s face it, greed is pretty universal. Or just have to look around you, even inside you…or if you are lazy have a read of the papers. In societies where pain and suffering is very visible, we often connect corruption with one of the root causes of this pain and suffering. But what is curious is that in societies where pain and suffering is hidden – so called “rich and happy societies” we try to avoid talking too much about the bad things, like corruption and fraud as a sort of “risk” – something which MIGHT happen, when in fact it is just another certainty…like death!

2. Stop relying on so-called “experts”. Have the confidence to trust your own our intuition
Rather than see the cheating, lying and stealing which is all around us (in fact “love is all around us” too), we prefer to rely on the words and screaming headlines of journalist or the views of experts and professionals like lawyers, accountants, fraud investigators or even self-spun politicians. But when we scratch behind the surface of what these people are saying it’s quite different. Plainly put, whilst we think that auditors, accountants and lawyers are out there looking for fraud and corruption and putting an end to it, it is in fact the opposite that is true. They are only looking for it when they are able to make lots of money out of it. Its almost as if we have created a “fraud-based” economy where cheating, stealing and lying are becoming the cornerstones of some of these professions! Consider:
a) Why do law firms rarely have in-house people who looks for fraud inside the law firm? Answer: Because the biggest frauds affecting law firms is possibly their own overbilling of their clients
b) Why do the audit arms of professional services firms like PwC, KPMG, EY etc rarely find and prevent fraud in their audits. Answer: Because otherwise their highly-profitable fraud-investigation arms would have very little to do!
c) Why don’t journalists really want us to believe that fraud and corruption is commonplace, that it is everywhere and that in essence loads of people are involved? Answer: Journalists make their names though exciting stories and portraying conflict. If we really believed fraud and corruption was commonplace it would not be exciting any more.

3. The people who make the most from Fraud and Corruption are probably so high up that they are untouchable. But that does not mean we cannot appeal to them to change.
Whilst it is true most people have done, or continue to do something fraudulent, or even corruption, it’s worth considering in monetary terms who makes the most out of fraud? You just need to ask yourself the question “what do people with lots of money usually want?”. I regular come across companies, money and more which is either kept in or washes through one of many “tax havens” (I have come across close to 100 destinations and jurisdictions in the world) and most of this “dirty money” is associated with rich people and rich organisations. It does not help to try to “take these people down” as they fight to the bitter end. A combination of dialogue, openness and persuasion will be much more effective.

4. Everybody can be a detective – Anyone can find Fraud and Corruption.
It’s not hard to find corruption and fraud – after-all it’s everywhere – so it should not be hard to find, but you need just to start “thinking a bit like a thief” about where to look. Also since auditors, lawyers, the police and even the self-styled fraud investigators are not actually going around looking for the tell-tale signs anymore, it’s about time, we the general public started pointing it our. What we will find is that it is so common that it is not even exciting or special any more. This will also help dispel the myth that there are a just a few “rotten apples” in society who are accountable for all the misery. Don’t wait for the whistle-blower – you don’t need to be Sherlock either. Everyone can crack the fraud code.

5. Stop falling into the trap of thinking that the experts who earn their living from fraud and corruption, are really working to stop it.
Today society, especially where money is concerned is governed by just rules rules and more rules. We are not even allowed to give away money without having to “comply” with a set of regulations. It seems that today’s rules and regulations which are virtually doubling by the decade, are more of a hindrance to honest behaviour than a help. Of course the greater the rules, the more it feeds an industry that profits from it – lawyers, accountants, compliance officers, fraud investigators, and more…people who we probably would need much less off if we did not have so many rules. Think what is right and what is wrong and let’s get back to some common sense once more. Work for less rules and a greater understanding.

6. Solving the problem is not about always looking back, pointing fingers and stringing up scapegoats. Learn from Nelson Mandela – lets find the truth and then reconcile ourselves to it. The most important thing is that money goes to the “right” places.
Every time a fraud or corruption scandal breaks, the world cries for someone’s head. Is this really the way to deal with it? Consider first that whatever was discovered was just one of a thousand other frauds which were never found. Then, is it really always necessary to find people to blame or commence a witch-hunt. People who have taken vast sums of money usually have large sums of money to defend themselves if things get confrontational. Often (and speaking from experience here) a bit less “zero tolerance” and a bit more “compassion and tolerance” gives a lot more back. Stop looking for scapegoats to blame – we need to find the keys to changing the way our societies work. More reconciliation – more understanding Gandhi’s first case was a fraud case where in the end he represented both parties and brought the two sides of a family back together.

7. “Not necessarily in Nigeria” - The most expensive corruption does not always originate in the poorest countries…what do countries with lots of money want most?
An organisation called Transparency International seems to have a monopoly on saying which countries are the most corrupt and which are the “cleanest”. But it’s worth looking behind their surveys and it reveals a rather sinister “pro-rich-nation” tone. Measured in absolute terms and as a percentage of gross national product per person, it suddenly looks as if in fact the cost of corruption per person in the rich countries is in fact greater than the cost of corruption in a poor country. OK, in say Angola the corruption does have a much higher impact on the population at large, and the effects of corruption are discernibly less noticeable in a country like Norway or the UK where the total costs may be as little as sat 1 or 2% of the national economy. And then there is the question of bribery. Whilst we know bribery is almost a staple necessity of life in say Angola or Sierra Leone, it’s the rich companies and rich countries which are regularly getting caught paying bribes (via DMC’s – see note iii below)? So please let’s stop pointing the finger when we know there are three fingers pointing back. 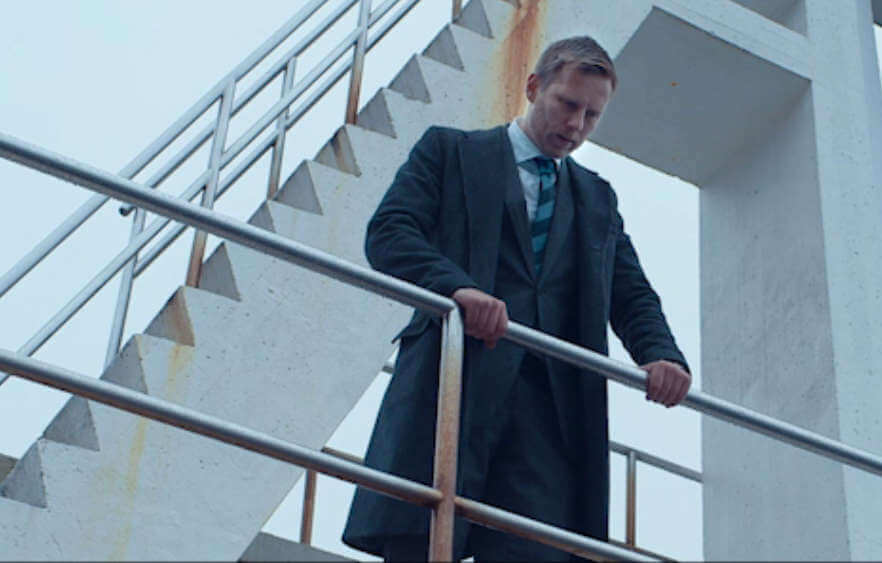 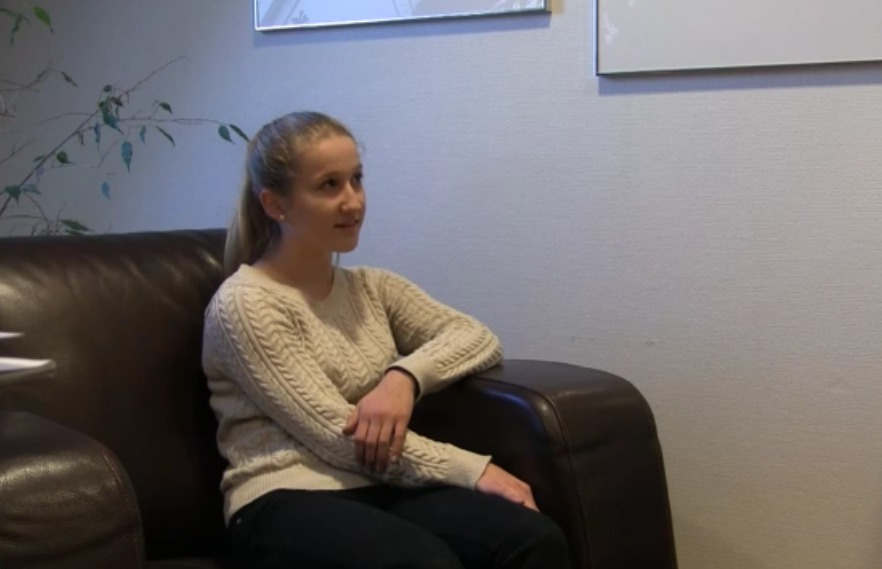 A day in the life of a young detective

Parent Category: Articles and Blogs Written by Nigel Krishna Iyer
Read more: A day in the life of a young detective
Email 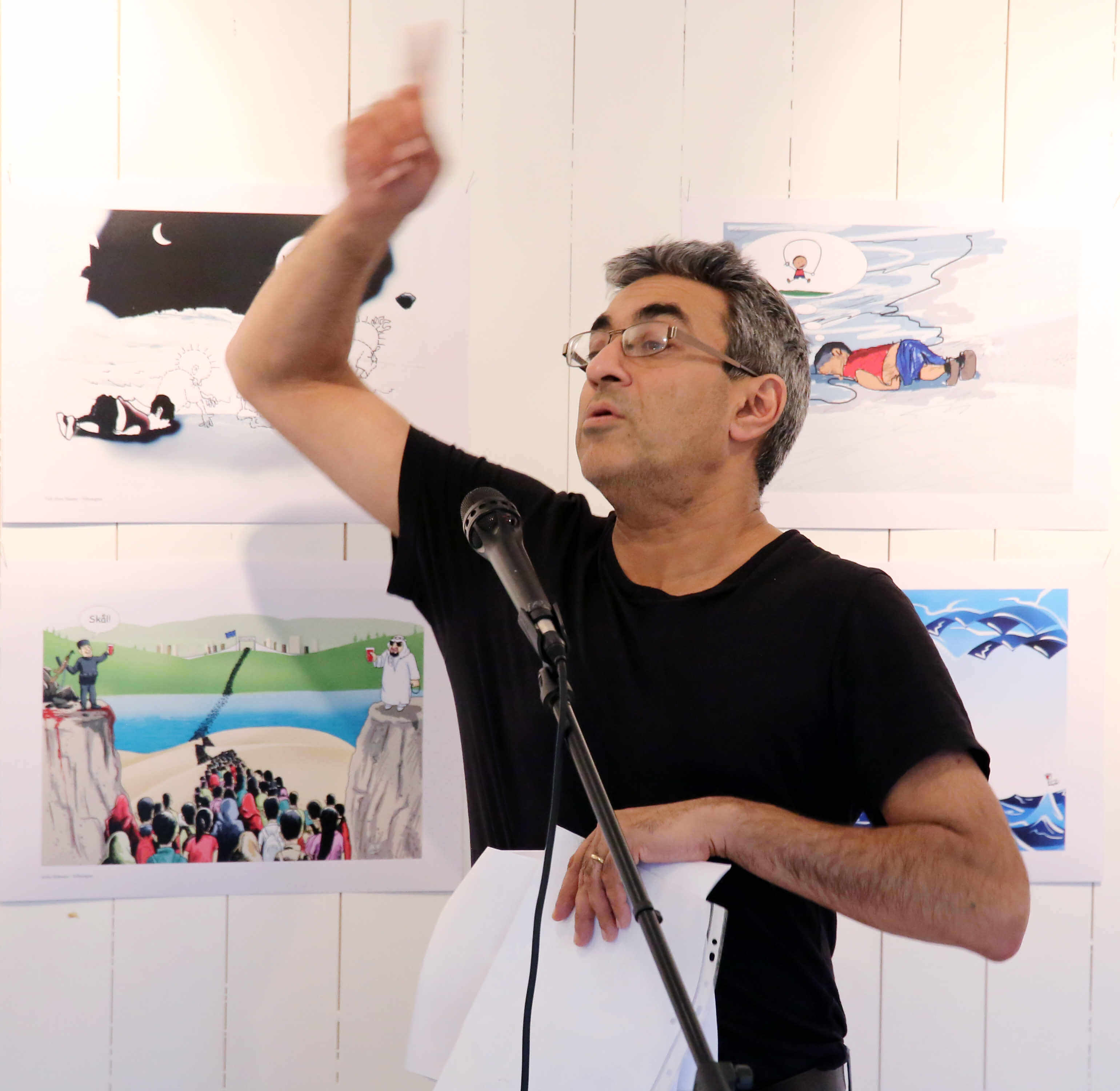